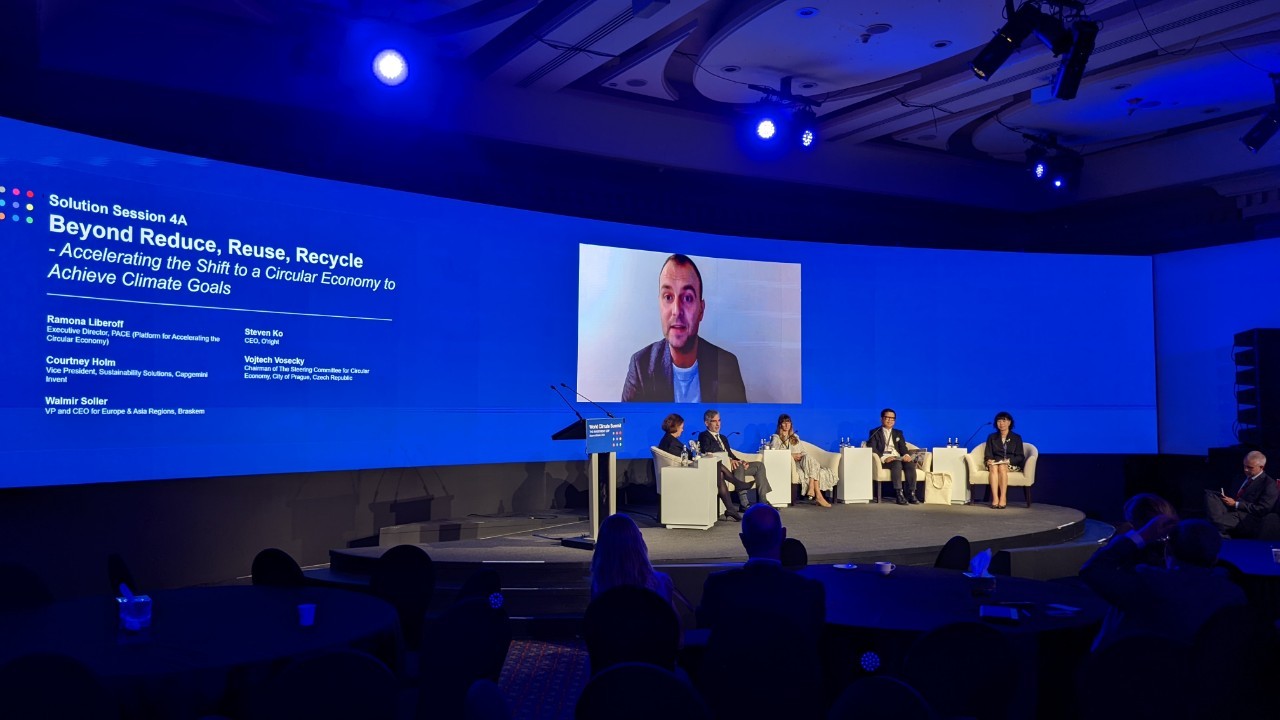 The UN Climate Change Conference (COP27) took place in Sharm el-Sheikh, Egypt. Steven Ko, CEO of the world’s first zero carbon beauty company O’right, was among the speakers who attended the World Climate Summit – The Investment COP 2022, the leading forum for business and investment-driven solutions to climate change that is  recognized as the most important official COP side event.  On 14 November, designated as Water Day at COP27, Ko initiated his 3-minute Shower Action, urging everyone to take real action to accelerate decarbonization.

During the session Beyond Reduce, Reuse, Recycle – Accelerating the Shift to a Circular Economy to Achieve Climate Goals, Ko shared the Melting Greenland project, launched in partnership with United Daily News Group and Vision Project, which followed the group of climate advocates as they navigated the snowy landscape of Greenland on an 23-day expedition to witness firsthand the impacts of climate change. Their journey and experience were unveiled in the Melting Greenland documentary.

“A TV set wandering in the Arctic was discovered. It was Made in Taiwan…,” Ko said, holding a picture of the TV set. This plastic pollution problem just shows how protecting our planet is everyone’s responsibility.  “Shifting from a linear mindset to applying circular economy practices to business thinking is crucial. Moving towards a circular economy is the solution. We must consider the ecological footprint of products throughout their life cycle in order to truly incorporate the ‘ecological’ in corporate thinking.” 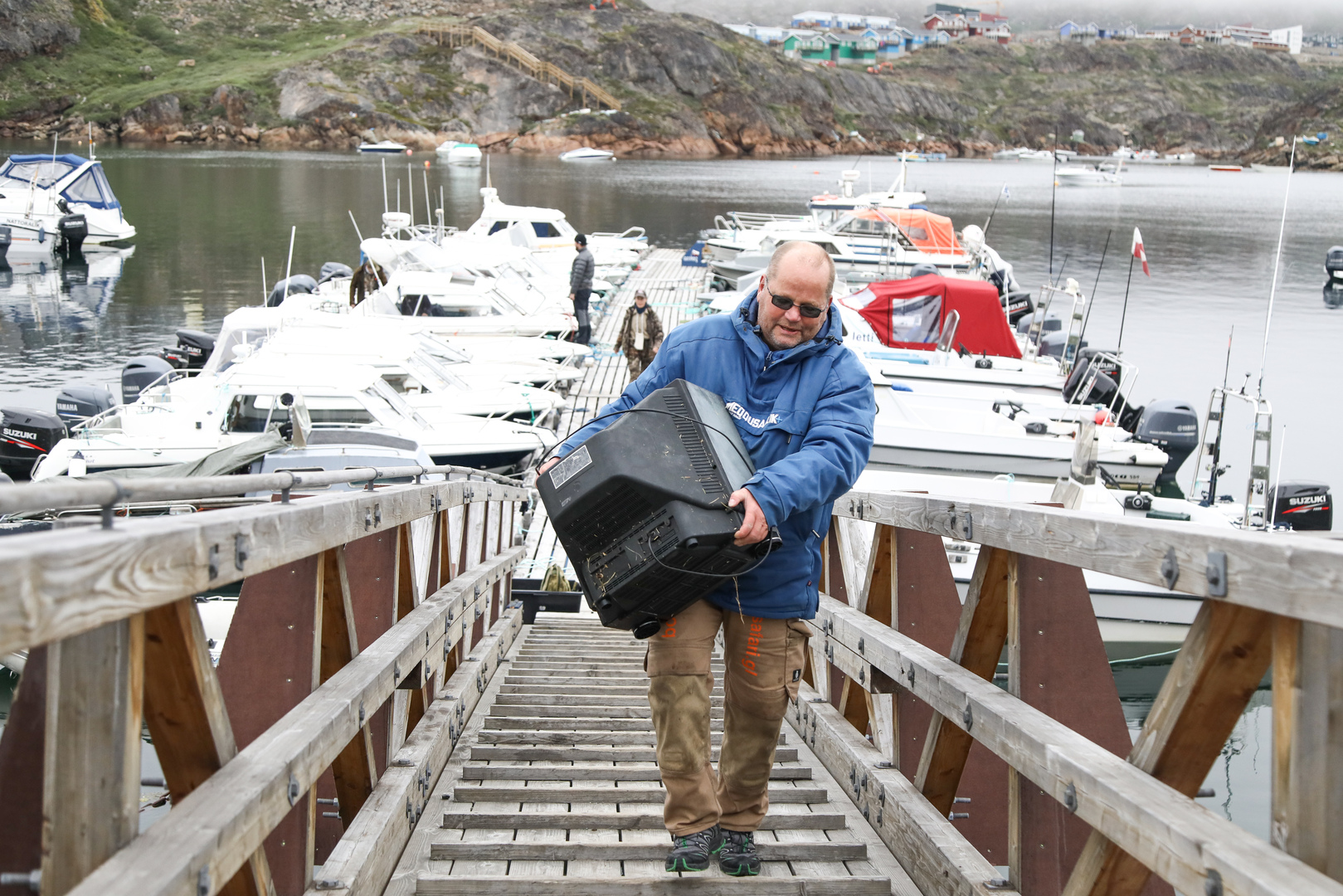 A Made in Taiwan TV set found in the Arctic

“One man’s trash is another man’s treasure,” Courtney Holm, Capgemini Invent UK’s Vice President of Sustainability Solutions said. “We’ve lost a bit of that thinking. We need to use recycling as the last resort.” Ko brought up his company O’right as an example. For 16 years, O’right prided itself on building a green supply chain to eliminate petrochemicals and develop products that are qualified for the USDA Certified Biobased Product label. All of its shampoo and body wash products are packaged in 100% renewable post-consumer recycled (PCR) materials, which helps to reduce carbon by 60-80%. Ko also went on to announce that O’right has already fulfilled its RE100 commitment, reaching the 100% renewable energy target in November. For 3 years in a row, O’right has achieved product and organizational carbon neutrality, including Scopes 1, 2 and 3 emissions.

Walmir Soller, Vice President and CEO for Europe and Asia Regions, Baskem, a market leader and pioneer in the production of biopolymers on an industrial scale, stressed the importance of carbon pricing to provide the means for the alternative solutions to be competitive with the foreign industry.

O’right is the first beauty company to own a carbon passbook. In 2011, O’right had already led the way by setting an internal price on carbon and stored 5 years worth of carbon credits. “Carbon could be an asset, or it could be a liability,” Ko pointed out. The purpose of building a circular economy is to reduce carbon emissions and environmental impact. “Tesla, for example,  was hundreds of millions of dollars in debt only 2 years ago. But as the industry leader in electric vehicles, they turned loss into profit and earned 1.5 billion from carbon credit sales.” O’right, on the other hand, buys carbon credits to offset its carbon footprint.

ExxonMobil, the world’s largest publicly traded international oil and gas company, emits a staggering amount of 112 million metric tons of CO2 each year. If each metric ton costs 100 USD, then they would be 11 billion USD in debt. For the past 5 years, Exxon earned only 8 billion USD. If carbon tax was to be imposed, they would be a high debt company.

Award-winning circular economist Vojtech Vosecky said: “The way we build our cities in the next 30 years will decide about the future of this planet. We will be 10 billion people in 2050; 70% of us will live in or very near by cities. That means pretty much every week from now on for the next 30 years we have to accommodate another 2 extra million people in urban or semi-urban areas.” A circular economy and sustainable development are gaining immense significance in the face of climate change. 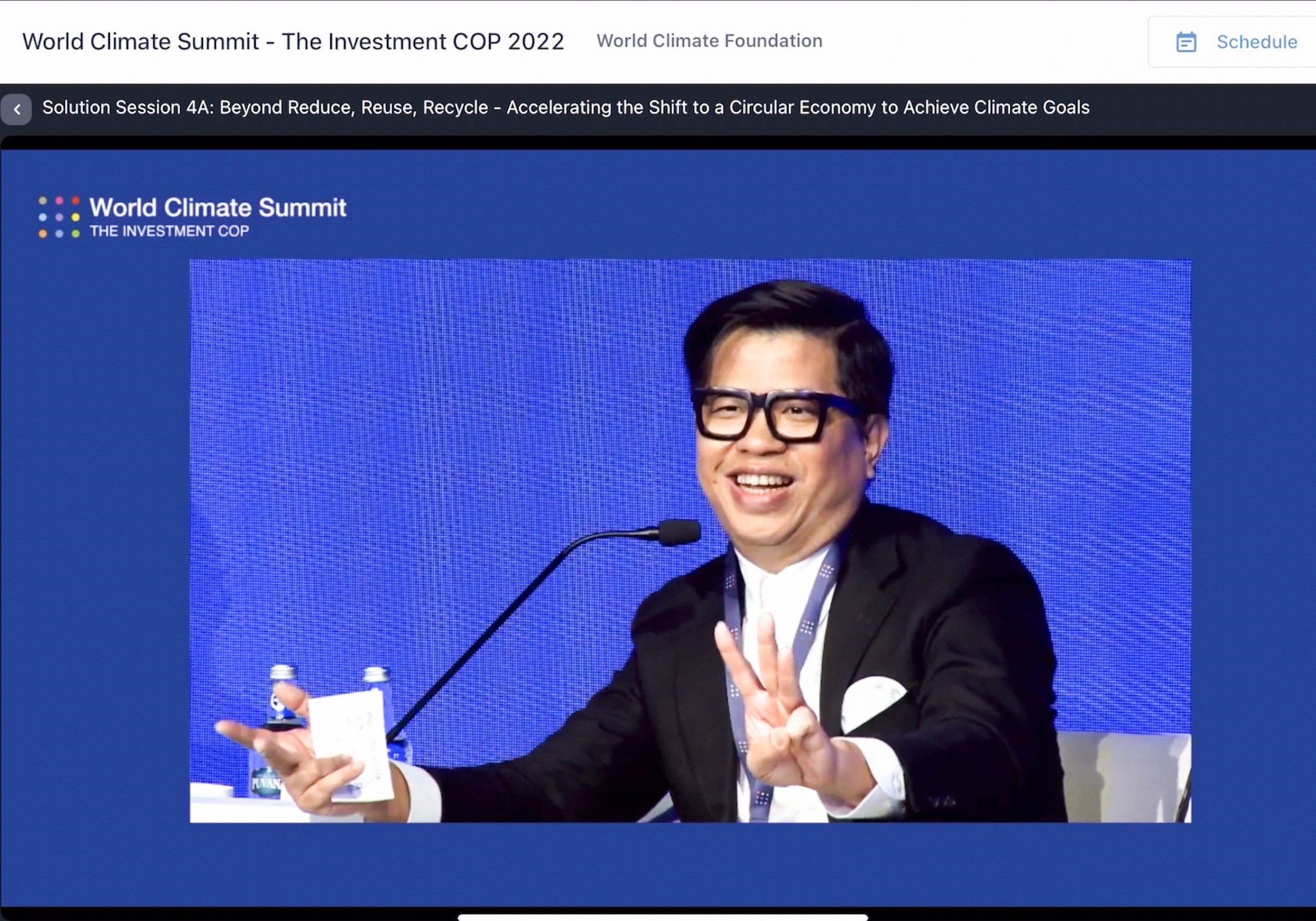 “The Greenland ice sheet holds enough water to raise sea levels by 24 feet (7.4 meters), meaning that if all the ice on Greenland melts, the rest of the world would face a sea level rise of this capacity and could submerge many low-lying areas, creating millions of climate refugees," Ko said whilst sharing his Arctic journey. He even encouraged attendees to turn on AirDrop so he could send the Melting Greenland documentary! Ko believes that it is important to listen to nature, and shift the mindset from Reuse, Refill, Reduce of the technical cycle to the biological level – Respond, Revive, Respect. “Realistically, limiting warming to below 1.5ºC is practically impossible. Governments and scientists should just tell us when 2.5ºC will come in order to help people be prepared for climate change, and take collective action in adapting to future changes in the climate.” 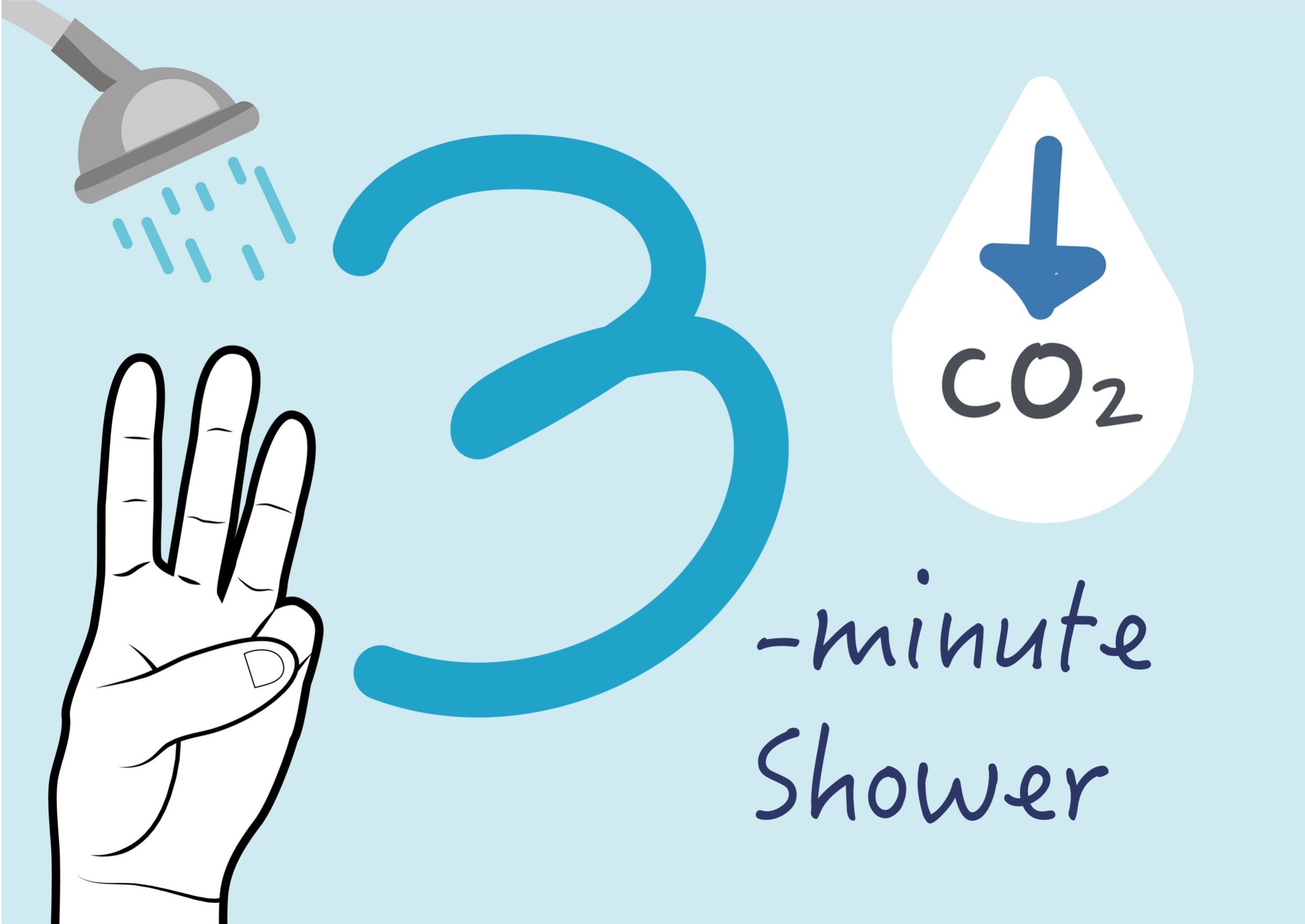 Near the end of the panel session, Ko called for the active participation of everyone in the 3-minute shower movement. In 2011, O’right developed the world’s first zero carbon shampoo. Consumers account for 91.23% of the total carbon emissions generated during the life cycle of O’right shampoo and body wash products. “If everyone could cut down their showering time to 3 minutes, then the amount of carbon emissions reduced could save 35 20-year-old trees. To change climate change, we should start by empowering people through environmental education,” Ko concluded.

We know the solution. What are you waiting for?